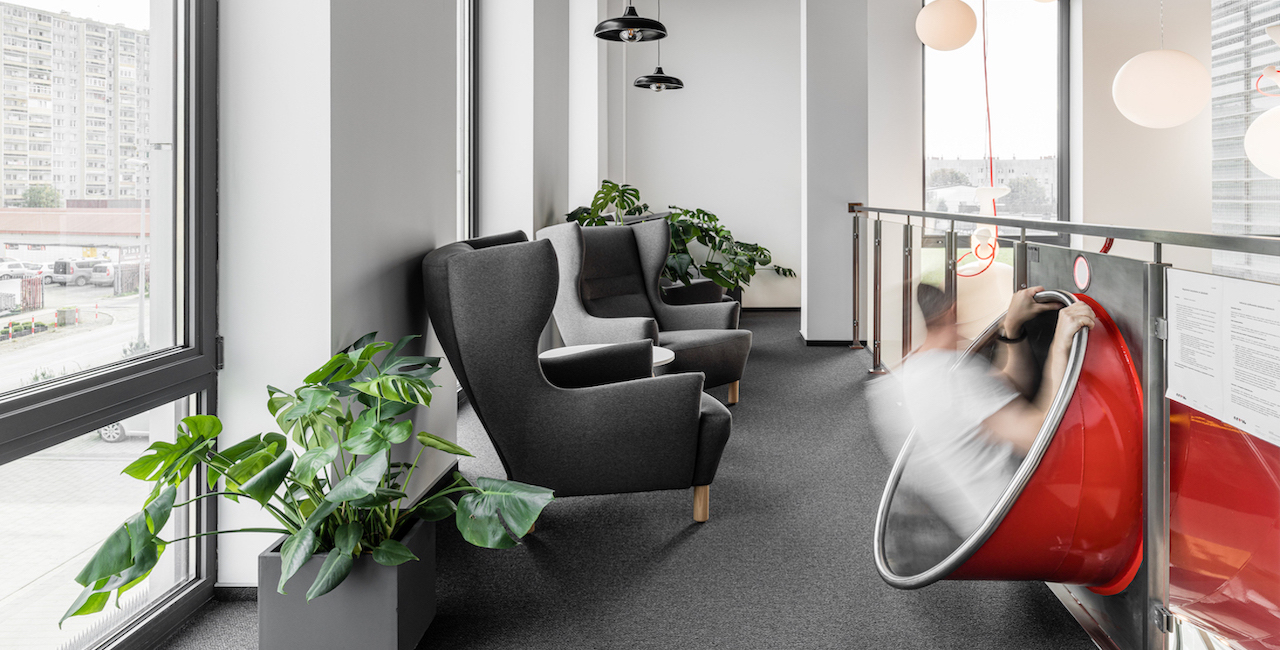 Sliding as an evacuation method

Evacuation exit is a system designed to safe our lives in emergency cases. We trust it will work perfectly once required, but we also wish to never really use it personally.

How often have you been training the evacuation from our school or office? Do you know exactly how to behave in such cases? Where to go and whom to follow? That must be a stressful situation, and I wish, my dear reader, you will never have to evacuate yourself.

Slides are not broadly recognizable as an efficient evacuation method. Although many offices, schools and hotels implemented slides to their interiors, the purpose and function is in fact entertainment only.

On the other hand sliding can be an exit method we might love to use on a daily basis, simply because it’s easy, fast and fun.

Do you see the beauty of mixing this two means of evacuation?

Is it legal to use a slide for emergency exit?

Slide in airplanes have implemented by Air Cruisers in late 50’s, and patented as an inflatable escape chute. Since the aircraft industry is known as one of the most restrictive in terms of procedures, the fact that slides are accepted as the best evacuation method until today, shows its efficiency.

Let us be direct. Imagine a 3-floor school equipped with a lift for the disabled on wheel-chairs. What are the common procedures for carrying those people to a safety area? Here are quotes:

Individuals, who need assistance during an emergency situation, must plan in advance and be aware of their own capabilities and limitations. 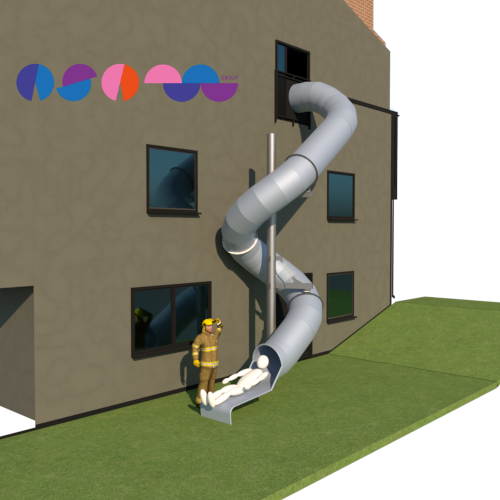 Persons using wheelchairs should Stay in Place or move to an area of refuge when the alarm sounds. […] If the person with a disability is alone, he/she should phone emergency services at 911 with their present location.

…wheelchair users are advised to wait until the heavy traffic has passed before entering the stairway.

Polish building law, created in the late 90’s banned the use of any slope surfaces as an evacuation structure, therefore none of the firemen inspectors allow stainless steel slides to be used in public buildings as an alternative evacuation method. There are other European countries, which implemented such solution with success.

Sliding is the fastest way to get to lower levels, and it’s irrefutable. The time saving is so significant, that this aspect leaves no questions. One of the European slide manufacturers performed a test which showed that evacuating a group of 20 people took approximately a minute, where the same group of people spent over 30 minutes to evacuate through the ladder.

In our opinion, another strong argument for slides, is the logistic aspect. Running down the staircase among people in panic may cause accidents, and people are running in different speeds, causing scuffle. Sliding is more organized — people get in one after another, they slide in a similar speed and land in a certain area outside the building. If such case involves kids, it’s easier to count them and keep them as a group.

From the disabled person point of view, being put in and taken out of the slide within seconds is much more comfortable than engaging at least 3strong adults, who can carry him or her downstairs.

Everything has a disadvantage

Stainless steel slides are very resistant to wind, snow, water, scratches etc. The melting point of stainless steel is 1450°C. The steel industry says clearly: “there is no possibility of ignition of stainless steels and flame spread is minimal, reducing the propagation of fire. The surface of the metal is inert and stable under oxidizing conditions, which are found in almost all flames and heat sources.”

Shortly speaking, the construction won’t collapse, but since the metal will get extremely hot, slide cannot be used, as planned. But this is not a disadvantage of the product itself, but the result of the circumstances. Hopefully, in the future the outer surface of the slide could be covered with a layer, which will keep the inner temperature stable enough to evacuate all people literally through fire. Why is sliding so desirable? Forms of play in shopping malls: our point of view 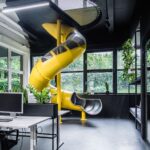 Slide in the office – is it useful? 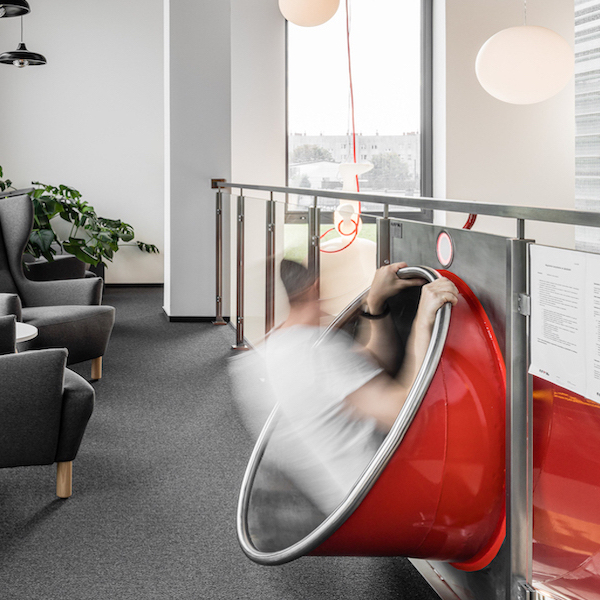 Sliding as an evacuation method