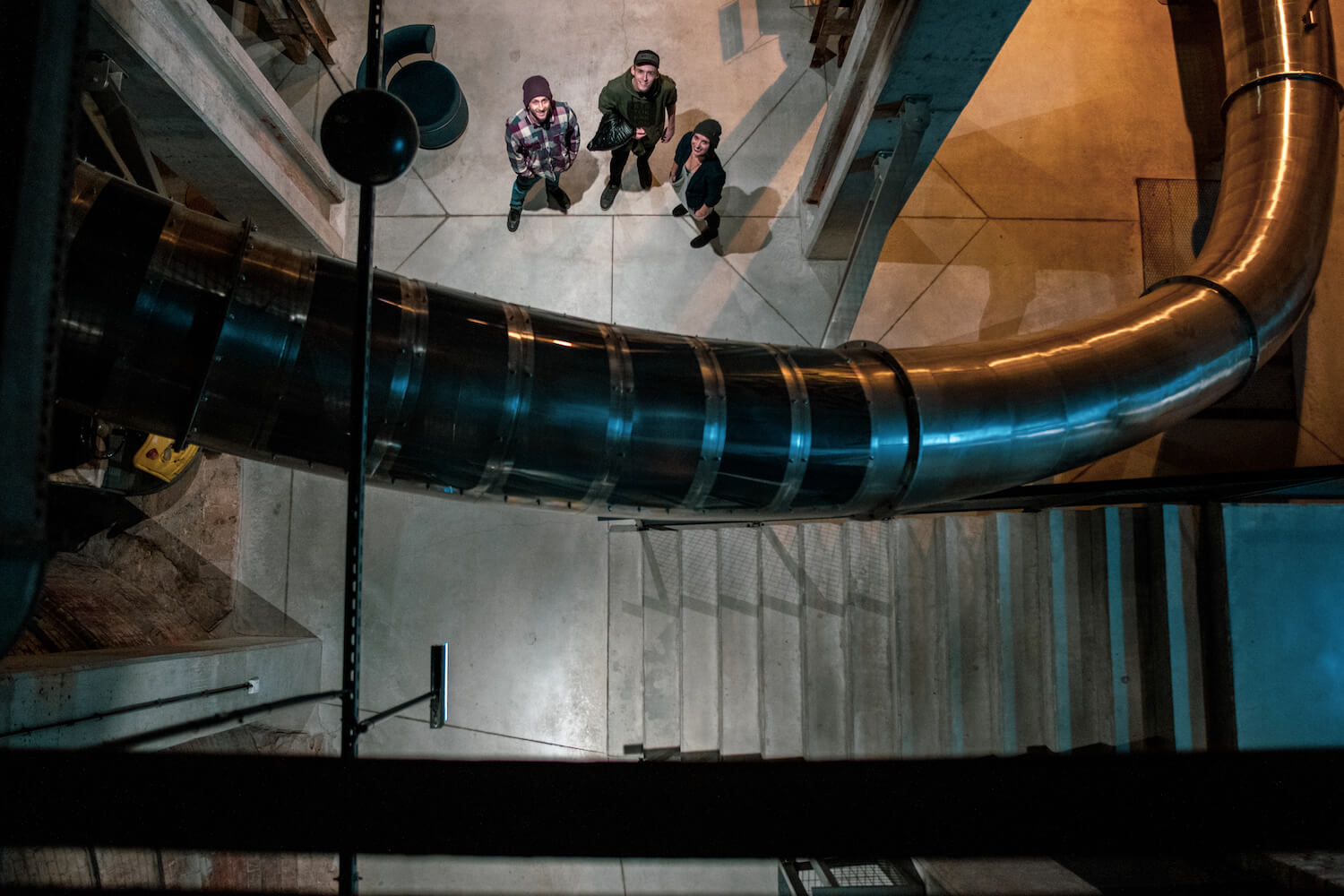 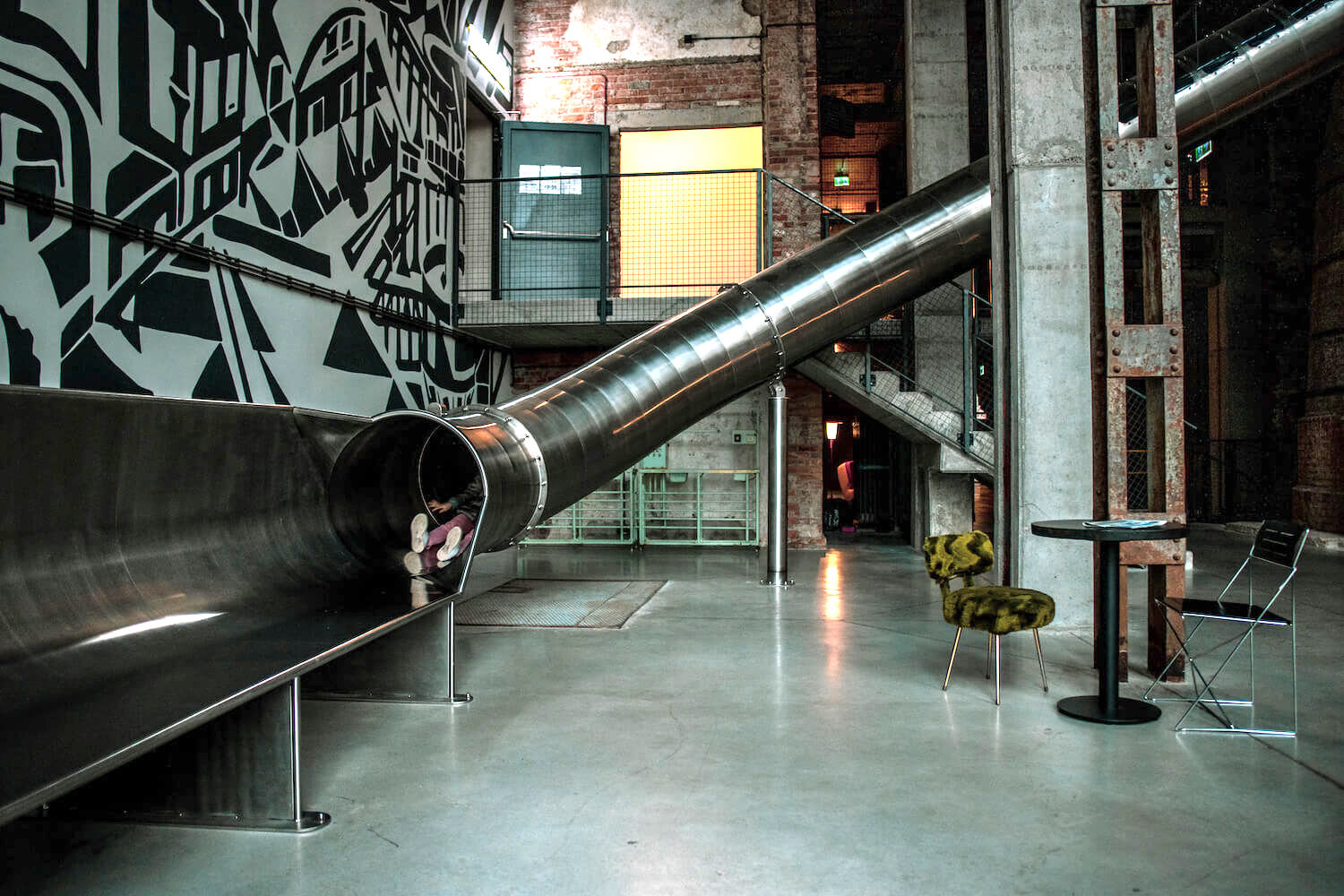 Cukrownia Żnin Hotel is the second hotel in Poland to have a slide, but it will not fall off the podium for a long time in terms of its length. This project should be described briefly: it is unique all round. A 26-meter slide was built in the hotel lobby, allowing visitors to descend in a few seconds from the 4th floor to the ground floor, straight to the hotel restaurant.
Both adults and children use it; ladies in high heels and men in shirts as well.
Its image fits the post-industrial design of the hotel interior, so it does not give the impression of ” a toy for children only”.
The most difficult phase of the entire implementation here was the assembly, the challenge of which was to overcome several architectural barriers such as structural beams, handrails and columns.